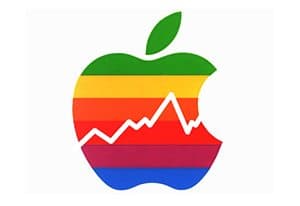 Paul Devine, the former Global Supply Manager for Apple, has been sentenced to a year in prison for selling information about the software giant to its suppliers.

Devine worked for Apple from 2005 to 2010 when he was finally arrested for wire fraud, money laundering and conspiracy. He was sentenced this week, more than three years after his guilty plea when faced with the charges.

He has also been ordered to pay back the £2.8 million he made during his time with Apple. Suppliers and manufacturers were paying Devine for insider information so as they could negotiate better deals with the giant.

According to information made public by the Department of Justice, Devine’s operation started in 2007 when he passed on product forecasts, pricing strategies and product specs in return for substantial financial incentives. Some payments were directly related in size to the amount made from a manufacturer’s final negotiated deal with Apple.

Devine cleverly set up a company which he called CPK Engineering to allow him to launder the money he got for his dodgy dealings, but emails were discovered on his PC which prompted a swift investigation. The private mail was said to exhibit blatant agreements he had put in place to give information for cash.