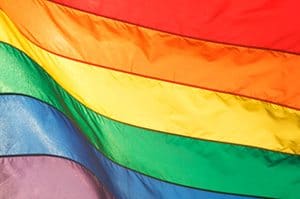 The Supreme Court has reversed a landmark 2009 Delhi High Court ruling which legalised homosexual sex, in what has been seen as a major blow to the country’s gay rights movement.

Section 377, a law 152 years old, bans “carnal acts against the act of nature” – i.e. same-sex relationships – and dates back to British colonial rule.

In its 2009 ruling, the Delhi High Court had described Section 377 as discriminatory, and noted consensual gay sex in adults is not a crime – a move welcomed by India’s gay community who faced persecution and harassment.

Several of India’s conservative social, religious and political groups had petitioned against the 2009 court ruling, with many across India view same-sex relationships as unlawful.

Now “up to parliament”

Announcing the reversal on Wednesday, India’s top court now says it’s up to parliament to decide upon the issue.

The offence is punishable by up to ten years in jail, and though the law has rarely been used in a prosecution, it has been the basis of police harassment of homosexuals.

Justice GS Singhvi, the head of the two-judge Supreme Court bench, said it was up to parliament to decide on Wednesday’s ruling, and that “the legislature must consider deleting this provision (Section 377) from law as per the recommendations of the attorney general.” Kapil Sibal, India’s Law Minister, said the government will respect the ruling.

He did not state if there were plans to amend it however.

With the general elections being held next year however, correspondents note any new legislation is highly unlikely.

Gay rights activists across India have expressed their disappointment at the ruling, and plan to approach court for a review.

G Ananthapadmanabhan of Amnesty International India said it was “a body-blow to people’s rights to equality, privacy and dignity.”

“It is hard not to feel let down by this judgment, which has taken India back several years in its commitment to protect basic rights,” he continued.

However, the Supreme Court ruling has also been embraced by many, particularly religious groups.

“The Supreme Court has upheld the century-old traditions of India, the court is not suppressing any citizen,” Zafaryab Jilani of the All India Muslim Personal Law Board told the BBC.

“Instead it is understanding the beliefs and values of the large majority of the country.”

Movies and TV programmes based on the miracle of forensic science and pathology are leading juries to rely on weak evidence in the courts. The...
Read more
World & People

Chaos And Queues At The Top Of The World

Mountaineers have revealed the nightmare chaos and queues that they face on climbing to the top of the world’s highest mountain. In the past, reaching...
Read more