SEIS: Could it be set to Change? 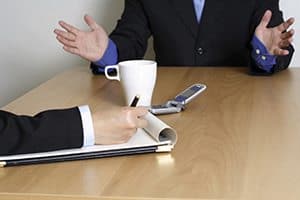 We are getting nearer to the time when the first of the initial batch of SEIS companies will be able to give investors their first glimpse at any returns their funding may have brought them. After the launch of the scheme – which offers generous tax breaks to investors in return for funding for start-ups – in 2012, there has been over £175 million pumped into 2000 of the youngest UK businesses around the country.

There are some notable businesses which have blossomed into successes because of the SEIS, and many are approaching the point where they will be of significant interest to buyers looking to add them to their stable. If this happens, those investors that took the plunge initially will receive a nice tax-free return, as well as already benefitting from the income tax breaks offered by the scheme.

The SEIS currently offers such a level of generosity for investors, that the chances of making a significant loss from investment is at the kind of low-level not available anywhere else. There is, however, speculation that the scheme could be set to change.

The Wind of Change

The Treasury have now released a white paper that suggests a consultation is set to begin on whether SEIS, EIS and Venture Capital Trusts need to be completely overhauled. It is an unfortunate trend that Governments historically feel the need to continually amend schemes which were operating quite well to begin with, and from both an investor and entrepreneurial perspective, many will be keeping an eye on just what kind of “overhaul” they have in mind.

Presumably the scheme- despite helping thousands of businesses grow and contribute significantly to the economy – is viewed by some within the Treasury as being too generous, despite the benefits being reduced annually since 2012’s introduction, when income tax relief was gifted at 100% of investment. It now stands at 45%, but any further reduction to this figure could put investors off companies which are undoubtedly the highest category of risk

Going back to 2006, the venture capital trust market was thriving. Investors had ploughed in £790 million for shares, however the Government then reduced the upfront tax relief to 30 percent from 40, and also extended the amount of time investors had to hold onto their shares from 3 to 5 to still benefit from their tax breaks, and all of a sudden the next year the figure raised from VCT’s dropped to £269 million. That’s pretty substantial.

For the benefit of the start-up, crowdfunding, and investment sectors of the UK, many will be keeping their fingers crossed that the Treasury do not wade in and make ill-advised changes to yet another successful investment scheme.

The FTSE 100 sank through the floor again despite a huge £330 billion business rescue package announce by Chancellor Rishi Sunak the day before. Trading...
Read more
Economy

Stock exchanges around the world have become red light areas as trading screens have pulsated with falling prices. Markets across the globe have slumped -...
Read more